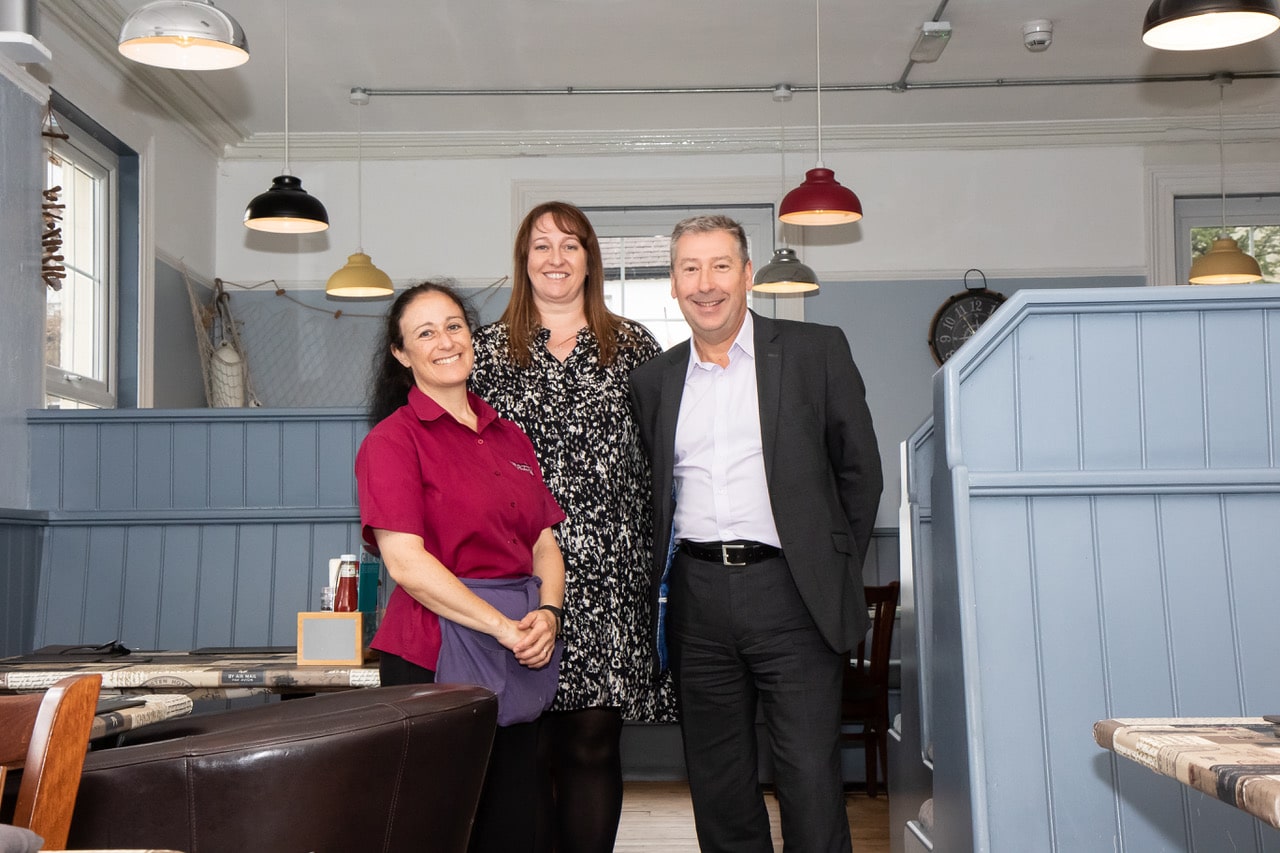 A well-known Llanberis hotel has tripled its turnover, thanks to funding deals worth more than £85k in total, secured by our team.

The Padarn Hotel received a transformational overhaul after being purchased by entrepreneurial couple, Lesley and Simon Wilson in 2016, with turnover now three times higher than when they acquired the venue.

Its team has also increased from six to 35, in order to meet the demands of its growth, with the majority of its employees recruited from the local area.

Originally called the Padarn Lake Hotel, the property had once been a magnet for tourists visiting Snowdonia, but had fallen into disrepair and was operating at a loss.

Lesley and Simon, who have lived in the area for more than 30 years and operate a number of other holiday rentals, spotted the site’s potential and worked with us to secure funding for their ambitious plans.

Originally introduced to the finance specialists by their EPOS system provider Tillwise, we secured a number of deals for the hotel in 2016, to help fund its EPOS system, kitchen equipment and other work required ahead of its opening.

Since taking ownership of the hotel, the couple have completely modernised and refurbished the building, adding two new bedrooms, a multipurpose meeting/training room with breathtaking mountain views and improved its dining offer.

They have extended a 30-cover restaurant into a 100 seat bistro set across three themed rooms – The Garden room, which looks out across Snowdonia, the Film room, celebrating movies that have been filmed in Llanberis, and the Boathouse room with its cosy booths and views of Snowdon.

To date, Bathgate Business Finance has secured almost £75k in own-book funding for the Padarn Hotel, most recently providing £23k to purchase furniture, audio equipment for the function room and a new boiler. The company has also brokered a £10k deal with finance company White Oak for catering equipment from Caterequip.

Lesley Wilson, Owner of The Padarn Hotel, said: “From the outset Bathgate Business Finance have thought outside the box when it comes to funding options and, as we are a seasonal business, they have helped us to find effective ways to manage cash flow, such as VAT finance.

“As a hospitality business, banks and traditional lenders see you as high risk. But Bathgate, along with our parents, have been our biggest backers and we are grateful for their support. The relationship we have built with Gordon, Esther and the team is incredibly important to us.

“They are always supportive, quick to respond and their personal service, actually coming to see us at the hotel and checking in with regular phone calls, is what really makes them so different to other lenders.”

Speaking from the hotel, Esther Rigby from Bathgate Business Finance, said: “It’s absolutely fantastic to see all the hard work that has gone into The Padarn Hotel. It certainly looks very different from Bathgate’s first visit back in June 2016!

“Lesley and Simon have not only revived this stunning hotel and turned it into a profitable business, they have created a hotel that will attract visitors to the area and even created new jobs.

“We couldn’t be more proud of what they have achieved and are delighted to have played a small part in their journey. We look forward to working with The Padarn Hotel for a long time to come.”