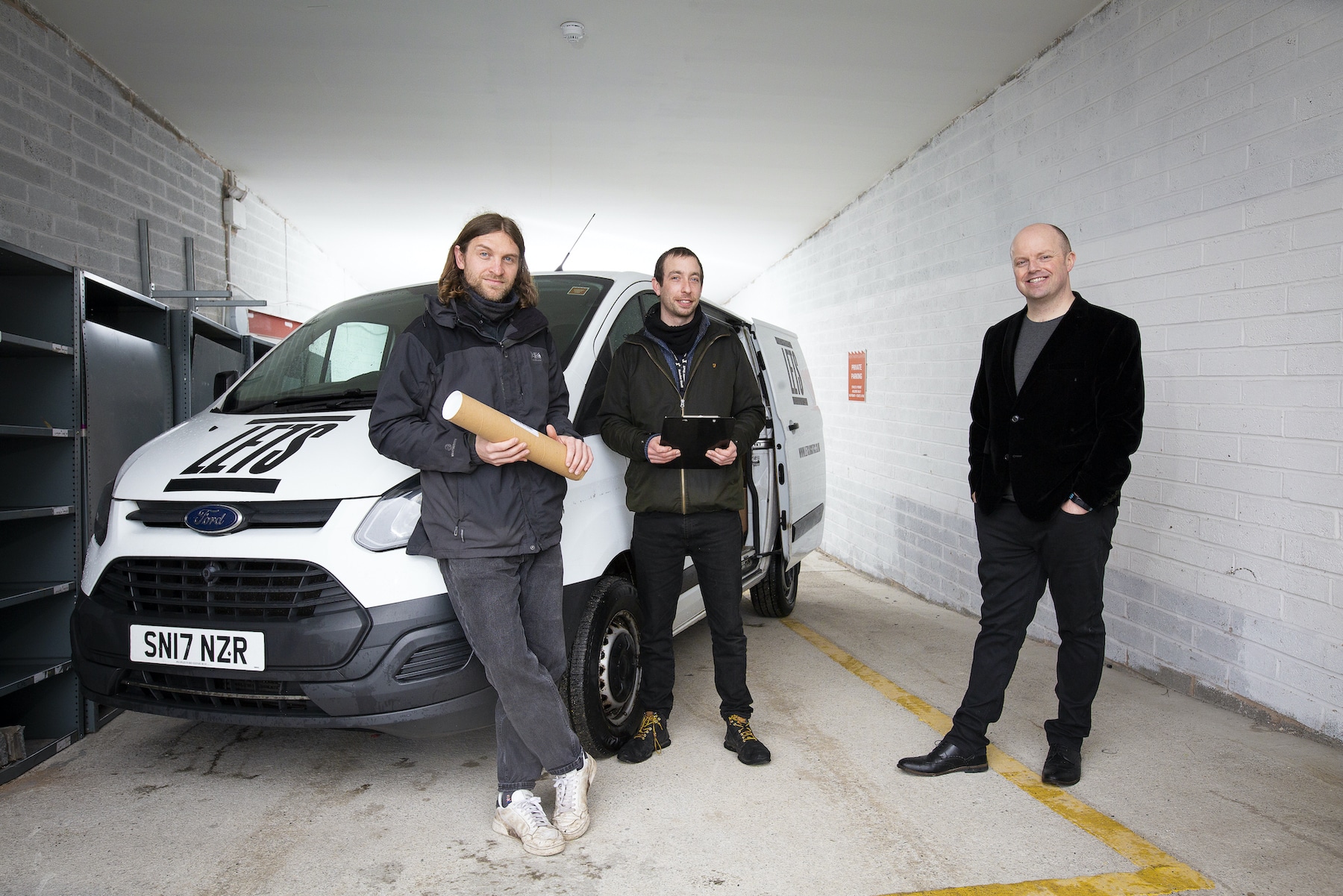 Bathgate Business Finance has brokered £150k funding to support the growth of a logistics venture that sprung out of the COVID-19 crisis, after securing sector giant DHL as a client.

Working with specialist funder Zodeq, we sanctioned a £150k invoice finance line for Lets Logistics, to reduce the impact of DHL’s 60-day payment terms on the company’s cash flow.

Lets Logistics was established in April 2020 by the team behind Liverpool Band Vans, a van hire company supporting the music and performing arts industry with its fleet of tour and equipment vans.

Lockdown brought the live music industry to an immediate halt and threatened to sink the business, until enterprising owners, Doug Wood and Kevin Mooney, came up with an innovative idea to pivot the businesses into logistics.

Kevin said: “I was actually on the second day of a 22-date tour in America when we got wind of a national shutdown coming. There was a mad dash to fly home, then we panicked for a few weeks, as I think everyone did.

“We’d always considered the idea of moving into logistics in the future, but as it became apparent that lockdown was going to be longer term, we started to look at the idea more seriously, which is when Lets Logistics was established.

“We had a fleet of five vehicles and a pool of sound engineers, stage managers and musicians who were suddenly out of work, so we were in the perfect position to take on delivery work.”

The company started to take on courier and delivery work for a variety of local and regional businesses as demand for home deliveries rose, quickly earning enough to cover business costs such as salaries, premises and fleet insurance.

Then, in June, the company was engaged by DHL to provide one vehicle and drivers to support with half a day’s worth of multi-drop deliveries.

Doug explained: “We did the job and didn’t think much else of it, until DHL came back saying how impressed they were with our service and asking us for more vans, more drivers and more days.”

After a few months of providing flexible support to the courier giant out of its Speke depot, focus turned to the fast-approaching Christmas period. DHL engaged the company to provide drivers and up to 12 vehicles to work 12 routes each day over the 10-week Christmas period.

It was a significant opportunity for the fledgling firm, but DHL’s 60-day payment terms left a hole in their finances. Lets Logistics business accountant, Jon Davies Accountants, introduced them to Bathgate Business Finance to explore their options and a solution was brokered with invoice finance specialists, Zodeq.

Doug continued: “When we were introduced to Bathgate, we initially looked at what government support was available, but Paul quickly identified that we needed invoice finance and connected us with Zodeq.

“From there everything moved really quickly and seamlessly. The invoice finance facility was put in place and we were able to fulfil DHL’s requirements over the Christmas period, while also covering business costs and paying our drivers.”

Lets Logistics now has a fleet of 10 vans, around 20 employees – many who have previously worked in the music industry – and has established itself as a flexible logistics resource for businesses of all sizes.

Kevin said: “DHL really put its trust in us and our team worked incredibly hard to deliver an excellent service. The team at DHL has said that they’ve been blown away by our employees’ work ethic and I think that’s reflective of our professional background. We’re natural self-starters.

“In our industry the show always has to go on, so we’re used to long hours, physical work and pulling together to find solutions where there are challenges. That has really shone through to DHL.

“When we came up with Lets Logistics, it was about survival, but it’s also been really great to be able to offer employment to those in the music industry who have also been affected by the pandemic.”

With the government roadmap now indicating the expected return of live events later in the year, Kevin and Doug are also anticipating a reinvigoration of their Liverpool Band Vans business, while continuing to run Lets Logistics as a separate enterprise.

Bathgate Business Finance’s Paul Trickett added: “Lets Logistics story is really fantastic and a beacon of positivity in what has been a challenging year. In just 12 months they have established and grown a viable and impressive logistics company and secured a significant contract with a huge national client.

“With finance now in place, we’re really looking forward to supporting the company as it grows even further, as well as seeing Liverpool Band Vans reopen as live entertainment returns.”

We use cookies to ensure that we give you the best experience on our website. If you continue to use this site we will assume that you are happy with it.OKPrivacy policy